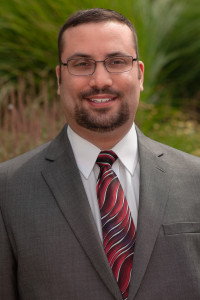 Daniel Levitt was born in April of

1977 in Rochester, MN.  He later moved to Fargo, ND, where he remained until entering college in 1995.  He enrolled in the Aviation program at the University of North Dakota in August of 1995 and graduated in 2000 with a degree in Aircraft Maintenance Management.  He relocated to Everett, WA to take a job in the field of Aircraft Maintenance where he found himself volunteering at the Pacific Science Center in downtown Seattle, WA.  It was at the Pacific Science Center where he discovered his passion for education.  He soon enrolled at North Seattle Community College in the Early Childhood Education program and, in August 2001, moved back to North Dakota and entered the Early Childhood Education program at the University of North Dakota.  He would eventually graduate from University of North Dakota having double majored in Early Childhood Education and Elementary Education.

He served as a substitute teacher in Fargo Public Schools, West Fargo Public Schools, and Moorhead (MN) Public Schools while obtaining his Masters Degree in Library and Information Science online through the University of Wisconsin at Milwaukee.  In August of 2008, he was hired by Omaha Public Schools (NE) to serve as an elementary school librarian for Prairie Wind Elementary School.  His latest endeavors included admission into the Masters of Arts in Educational Technology from Michigan State University.  While at Prairie Wind, Daniel Levitt started Omaha Public Schools’ only Elementary School-based Drama Club in 2009, where he has successfully guided Drama Club students towards the production of seven successful plays.  The Drama Club was recently recognized by the Rose Theater, a local children’s theater group, where the Drama Club was given four student scholarships to attend various Rose Theater Drama courses.

His passions include the theater, travelling, playing games (both online and offline) with his friends, and reading or listening to books.  He currently resides in Bennington, NE, a suburb just northwest of Omaha, NE.